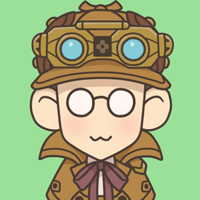 Summary: On August 5, 2016, Takumi started tweeting about how two days earlier, August 3, 2016, was in fact the date of the very first case in the first game, Gyakuten Saiban (Ace Attorney GBA). The game was made fifteen years ago, but never could he have guessed at that time that the game would eventually grow out to be one of Capcom's bigger franchises. But he then explains how he actually came up with the idea of setting this game in 2016, and the answer might be bit surprising to some, as it appears Takumi really, really didn't like putting a year in the game in the first place.

Good evening everyone. This week had a day of celebration for Gyakuten Saiban. Two days ago, August 3, 2016, was the first time Naruhodō Ryūichi (Phoenix Wright) stood in court and won a Not Guilty verdict. His story finally started. Takumi here, who is not sure what to think about this.

So this day has finally come... that's what I think on one hand, but on the other hand, my mind also rushed to the fact that the coming few years, I'll be experiencing all of these meaningful days... "Oh, isn't this the day that Chihiro (Mia Fey) bought a light stand?"  Can't someone make a Gyakuten Calendar for me?

To be honest, fifteen years ago, when we were making the first game, I was just thinking of Gyakuten Saiban (Ace Attorney GBA) as a kind of fairy tale. That is why I tried to avoid using specific years, locations, ways of talking or customs that would connect the game to a specific timeperiod, anything that linked up to the real world.

That is why I wrote all the episodex without ever specifying the year in which those cases happened. But in the final episode, Turnabout Goodbyes, something came up that made avoiding the question impossible. That was the file on the DL-6 Incident.

It was an official file about a case that happened fifteen years earlier. It wouldn't be believable as an official record if I only wrote down the date without the year...so I had think long about that. I also didn't like writing it down as 20XX, so in the end, I decided to go with 2001 (TN: 2001 was the year the game was made)

When we made the first game, we didn't know we'd be making a sequel, and I figured that the people who'd play the game wouldn't pay too much attention to a year that would appear only once in the game. I never could have dreamt it'd turn out like this. You are all very attentive readers...