Summary: Artist Fujii Norihide is the host in the thirteenth blog post on the Gyakuten Saiban 6 (Ace Attorney 6 - Spirit of Justice) website, originally posted on July 4, 2016. He writes about how the characteristic "event cuts" are made for this game: the 2D illustrations often used in the series to not only show off dramatic scenes, but also in more mundane ways like in photographs. Fujii walks the reader through the process of creating a crime scene photograph.

Today I'll be writing a bit about the event cuts.

If you'll allow me to explain first: event cuts are the 2D illustrations you'll see used throughout the story. We have all kinds of event cuts, from simple things like photographs and letters, to more symbolic scenes, like the moment the crime happened and illustrations for story imagery. 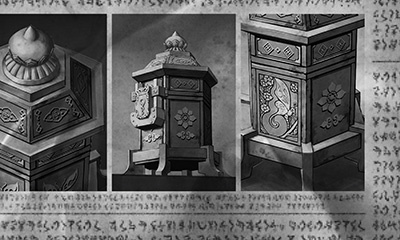 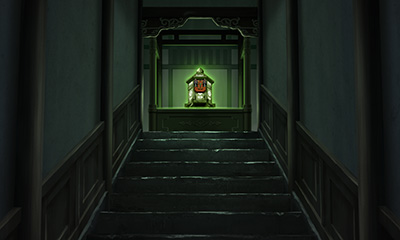 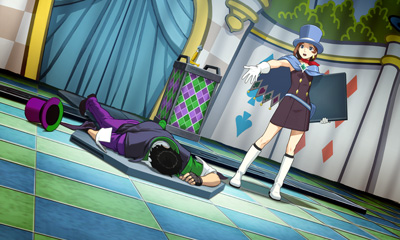 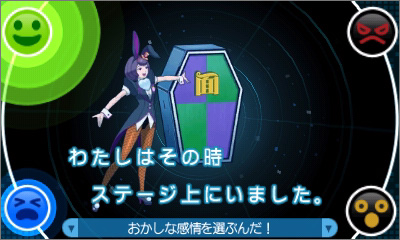 And now to today's main topic. I'll explain how I make each of these event cuts by using the crime scene photograph from the first episode as an example, without spoiling anything important.


The Process Of Making An Event Cut

First I get an assignment from the planners. It's a detailed diagram with all the data and rules needed for the story and solving the puzzle. 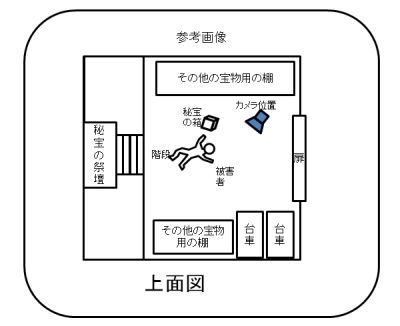 These photograph-types of event cuts both difficult and time-consuming to make, because they are so closely connected to the story and the puzzle-solving process.

I make a rough sketch based on the assignment. I start my work paying attention to all kinds of things, like the people, background and props. 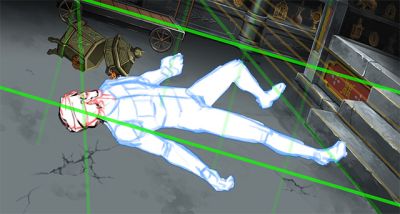 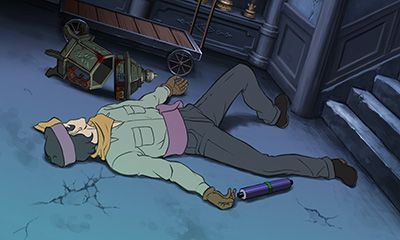 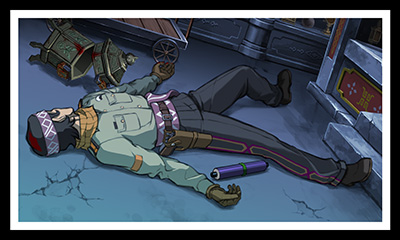 It's coming together as I make small adjustments.

With checks from the planners and art director Fuse, the illustration is nearing completion.

Just as I was hoping for that, they ask me to change something to adjust the difficulty! The things the users need to point out, the gun and the scroll, are too difficult to make out so please make it so they stand out! 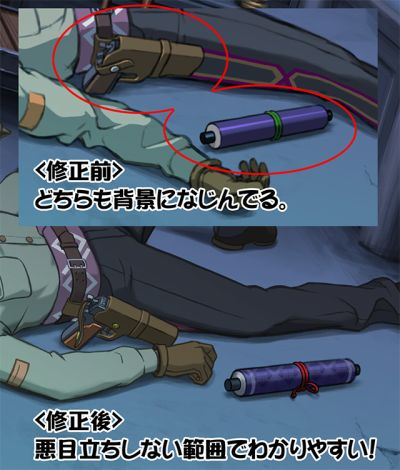 Okay, it's been changed! Next! 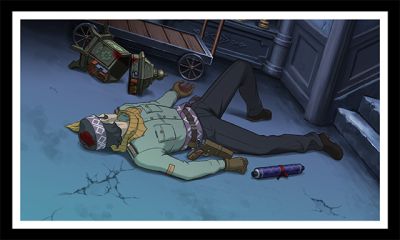 Just as I was thinking that, the planners ask me to change the layout.

Change the position of his left hand and the blood.

I see. It'd be very bad if there's a contradiction with the testimonies, so these kinds of corrections are really really important. 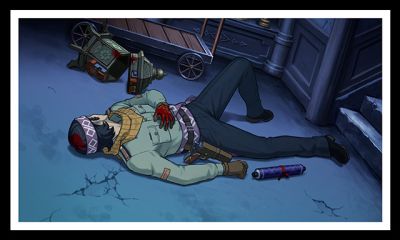 I also brushed up the artwork, so it's perfect!

What do you think?
I think you'll understand now it takes a lot of effort to make just on single event cut.

For Gyakuten Saiban 6, the quality of the models, animations and other sections have all gone up, but we at the event cut team too sure aren't going to lose to them!

For this game, there were not just the props like crime scene photographs and pieces of evidence, but we also prepared a great number of dramatic illustrations. 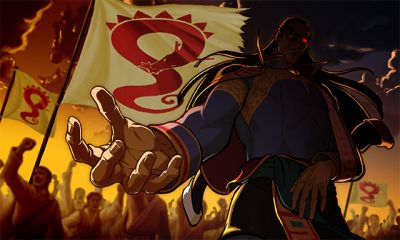 It'd be a true honor for us creators if the illustrations can move the people who have played the game even just a little.

Please support the Gyakuten Saiban (Ace Attorney) series in the future too!

And that was I had to say. Next time is one of the scenario writers of Gyakuten Saiban: the legendary operator Master Eguchi! Look forward to it!