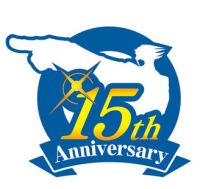 Below is a list of the main character and art designers who have worked on the games in chronological order. Each entry starts off with a list of the titles they have worked on and their career up until the point they got to work on the series. This is followed by a summary of what games they have worked on. Each entry ends with what happened to them after they left the series (if applicable). Note that these are not the only artists working on the series, as there are often other dedicated artists working on backgrounds, event cut-scenes, 3D models and other visual assets, but the artists mentioned here are those who create and oversee the main character and art design of the games.

Before Gyakuten Saiban: Suekane Kumiko started out as an artist employed by Capcom. She had worked on titles like Biohazard 3 Last Escape (Resident Evil 3: Nemesis) and on Fushigi Deka (‘The Mysterious Cop’). She had not finished her tasks as planner and character designer on Fushigi Deka yet when she was added to the Gyakuten Saiban team, which prevented her from being completely involved with the project in the earliest days of development. 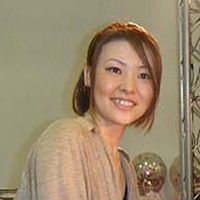 Working On Gyakuten Saiban: Suekane was the main character designer of the game, but as the team consisted only of seven people, and Iwamoto was her only fellow artist, it meant she basically did everything related to the visuals, including designing the logo and the iconic Objection! bubble. Suekane is known for her tremendous influence on characterization. Director and writer Takumi was originally only interested in coming up with an interesting mystery game, but it was Suekane who gave valuable advice on actually giving his characters personality. It was for example because of her that Mitsurugi (Miles Edgeworth) changed from a forty-year old man to a younger man who could act as a true rival to Naruhodo (Phoenix Wright), and that Naruhodo was connected to Mayoi (Maya Fey) through his mentor Chihiro (Mia Fey), giving him a personal stake in the second episode of the first game. Without Suekane’s ‘nagging’ to flesh out the character relations, the game would’ve turned out very differently.

The rivalry between Naruhodo and Mitsurugi has been the target of attention to the fanbase since the beginning, especially among BL (Boys’ Love) fans, and director Takumi and producer Inaba did suspect later that Suekane knew from the start very well that the fanbase would pick that up. Suekane also had an interesting influence on Mitsurugi’s development later: she had drawn a small bonus comic for the official guide where Mitsurugi is outed as a fan of Tonosaman (The Steel Samurai), and Takumi later made that canon by making him a fan of the series in the games too.

She designed the following characters in the original game:

Before Gyakuten Saiban: Iwamoto had originally wanted to work at HUMAN, but wasn’t hired. He then tried to get a job at KOEI and Capcom, and was hired by the latter in 2000. Some minor projects he worked on were never finished, so Gyakuten Saiban was his debut work. 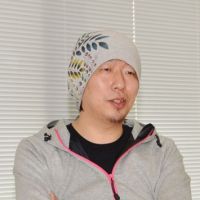 Working on Gyakuten Saiban: Iwamoto had always had an interest in sprite art, a practice which was fading away from the mainstream in 2000, so he was glad he was able to get into the Gyakuten Saiban team. He designed about one-third of the characters from the original game. He has always claimed that his strength lies in designing mature men, while his greatest weakness lies in drawing cute, moe girls. Iwamoto was also the voice actor of Mitsurugi (Miles Edgeworth). All the staff members had recorded a sample, and his voice was selected blindly by director Takumi for the role. He’d remain Mitsurugi’s voice actor in all the games until the jump to the 3DS hardware.

He designed the following characters in the original game:
Iwamoto also loves hiding all kinds of things in the backgrounds he created. The mascotte character Taiho-kun (The Blue Badger) was one of his background creations, but it would grow out to be a series regular.

Iwamoto became the main character designer for Gyakuten Saiban 2 and 3 after Suekane was put on Viewtiful Joe. His love for going all out with the animations was the reason why Gyakuten Saiban 2 consisted of four episodes, instead of the planned five: there was too little room left for content because of his designs. Because of this lesson, he learned to come up with more visual tricks that weren’t so resource-heavy for the third game.

He was also a secondary character designer for Gyakuten Saiban 4, for which he created the following characters:
After Iwamoto left Capcom and became a freelance artist, he was hired as the main art director and character designer for the Gyakuten Kenji (Ace Attorney Investigation) series. He was the only staff member who had actually worked on the original three games, so director and writer Yamazaki relied much on Iwamoto while creating this spin-off.

After Gyakuten Saiban: After working on Gyakuten Saiban 3, Iwamoto left to work at Clover Studios on the game Ōkami on animation. After the release of Ōkami, he became a freelance artist. While not formally related to Capcom anymore, he is still often hired as an artist to work on Gyakuten Saiban-related art. He has for example created the artwork for the WiiWare ports for the first three games, and he is the artist behind the many illustrations created for the Joypolis real-life games.

Before Gyakuten Saiban: Nuri had originally studied economics and was working in a completely industry, but he made a career jump in 1999 to Capcom. He was first assigned to the Breath of Fire team, and his first job was on Breath of Fire IV (unspecified task). He’d continue work on Breath of Fire V, as well as the GameBoy Advance ports of the first two games. He also worked on modelling for Demento (Haunting Ground). He was asked by producer Matsukawa over a bowl of udon whether he wanted to work on the original episode they were going to create for the DS port of the first Gyakuten Saiban. At that point, he had the choice of either working sprite art on Gyakuten Saiban, or 3D models for Devil May Cry 4, so it marked an important point in his career. 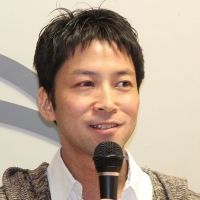 Working on Gyakuten Saiban: Nuri was given a “test” before he got in the team: he had to draw the original four main characters. His illustration of Naruhodo (Phoenix Wright), Mitsurugi (Miles Edgeworth), Mayoi (Maya Fey) and Chihiro (Mia Fey) was very well-received by director Takumi, so he became the main character designer for the DS-exclusive episode. Nuri and Takumi would continue working together on games up to this very day. After their first job, the two went on to work on Gyakuten Saiban 4, with Nuri once again as the main character/art designer. His style involved the use of shading to create the illusion of depth in his art, something that was more difficult to do in the original GameBoy Advance games. As he was the original character designer of Akane (Ema Skye) and Harabai Susumu (Mke Meekins), Nuri was also asked to design them for their guest appearances in Gyakuten Kenji and Gyakuten Kenji 2. 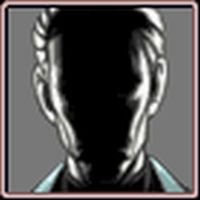 Working On Gyakuten Saiban: Ogiwara is credited for working on art for the DS release of the first Gyakuten Saiban. He was the in-game voice for the protagonist Odoroki Hōsuke (Apollo Justice) in Gyakuten Saiban 4. As one of the secondary character designer for that game, he designed the following characters:

After Gyakuten Saiban: Ogiwara is still a Capcom employee and has worked on various Monster Hunter titles including Monster Hunter: World.

Before Gyakuten Saiban: Nishizawa Akiko is an external graphic designer who has worked on games like Tim Burton's The Nightmare Before Christmas: Oogie's Revenge. 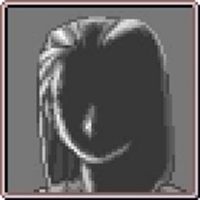 Before Gyakuten Saiban: After graduating, Fuse got a job at a small game company in Tokyo. He later became a freelance artist, after which he joined Capcom. The first game he worked on at Capcom was Ghost Trick, though his exact task is unspecified. 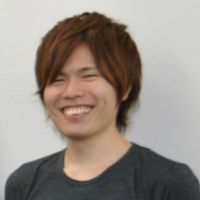