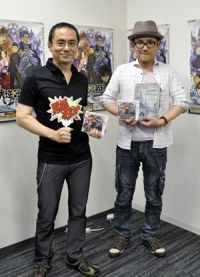 Summary: On July 9, 2015, Kono Manga ga Sugoi! Web published an interview with Takumi Shū, director of the game Dai Gyakuten Saiban (The Great Ace Attorney: Adventures) and the well-known Sherlockian and author Kitahara Naohiko to talk about Sherlock Holmes. The two talk about the Sherlock Holmes that appears in the game and how he relates to other interpretations of the character, but also about the setting of Victorian London and of course, about the Sherlock Holmes series in general, from their favorite stories to how Takumi first came into contact with the character which would receive a member of the main cast in his game.


The Nineteenth Century London of Holmes

Interviewer: Could you first tell us what you think of Dai Gyakuten Saiban (‘The Great Ace Attorney: Adventures’) now you have played it?

Kitahara: One could tell from the game that Mr. Takumi really loves Sherlock Holmes, and that he knows a lot about him, so I had a lot of fun with it. The way the Holmes from Dai Gyakuten Saiban seems like he’s almost making wrong deductions on purpose, feels similar to Shlock Holmes (TN: series by Robert L. Fish). One could tell Mr. Takumi likes Shlock Holmes. And the funky side of Holmes reminded me of Meitantei Holmes (Sherlock Hound), and there were also times when playing the game when I thought I could sense some elements taken from Billy Wilder’s film (TN: The Private Life of Sherlock Holmes). I think this was a really rich game for us Sherlockians, as it gives different kinds of Holmes. 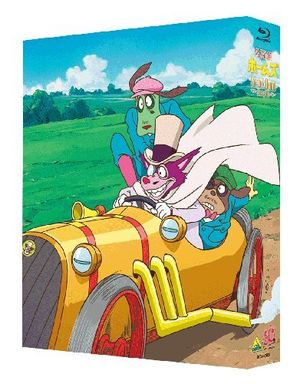 Takumi: Thank you. Early on, I feared I might not be able to use the real Sherlock Holmes in a game due to copyright, but as I was working on the proposal, it turned out I could use him. Holmes has been my gateway to mystery fiction to me, back when I first read it as in elementary school, so I’m quite moved that thirty years later, I could use him in my own creation. I love the nineteenth century of Holmes, and under Holmes’ influence, I have read most of the mystery novels from that time. So nineteenth century London feels like a familiar place to me. Like I’m returning back home.

Kitahara: When I was playing the game right now, I noticed how on that carriage in London had an advertisement for a soap company on it. I was really impressed how you paid attention to such details.

Takumi: We paid a lot of attention in bringing the London of that period back to life in a faithful manner. The development staff all went through reference material dating from those times and it really brings out a unique atmosphere. Take the monetary units back then, I had trouble working that out to. They obviously didn’t use pounds or yen, and the value of money at the end of the nineteenth century was of course completely different too. So the only way to convey the value of money back then was by explaining it with the help of concrete examples, like “This is enough for fish and chips”.

Kitahara: Even the price of a cup of coffee here in Japan now and some years back differs quite a lot, so it’s hard to grasp that difference.

Takumi: Precisely. Like seeing how expensive beer was in the Meiji period. I had to research the change in the value of money for Dai Gyakuten Saiban, but I learned a lot of new things, so it was fun. The afterwords in the Sherlock Holmes Complete Collection in the Kobunsha Bunko line are also very extensive, so I used them also.

Kitahara: I see. By the way, what book first got you interested in Sherlock Holmes?

Takumi: Actually, the first time I learned of Holmes was in Kaitou tai Meitantei (‘Phantom Thief Versus Great Detective”) in Poplar Publishing’s Arsène Lupin line (TN: translation/adaptation of Maurice LeBlanc’s Arsène Lupin Contre Herlock Sholmès). In the book, Holmes appears as the antagonist. I think that in this Poplar Publishing release, Holmes was rewritten for children to appear as a good person, right? 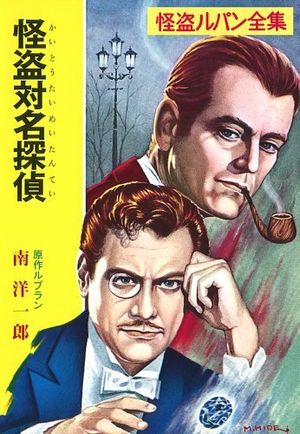 Kitahara: Yes, it was changed. The name Herlock Sholmès that appeared in the original text was also changed to Sherlock Holmes for the Japanese translations. And they edited a lot more too. But that means that your first meeting with Holmes was through Poplar Publishing’s Arsène Lupin series.

Takumi: My gateway was indeed Arsène Lupin, but it only truly started when I first read the Sherlock Holmes series published by Sogen Suiri Bunko, with the hat mark on them. I am a true believer in Abe Tomoji’s translation of Sherlock Holmes. But back then, The Case-Book of Sherlock Holmes had not been translated yet, so I hadn’t read that book.

Kitahara: It took Sogen a while to publish The Case-Book, I remember.

Kitahara: After the copyright expired, a translation by Fukamachi Mariko was published. I had also collected halfway through Sogen Suiri Bunko’s releases of Sherlock Holmes, but only the only line that had a complete translation of The Case-Book was Hayakawa Pocket Mystery… And I really hate it when collecting a series I have books of different sizes (laugh). 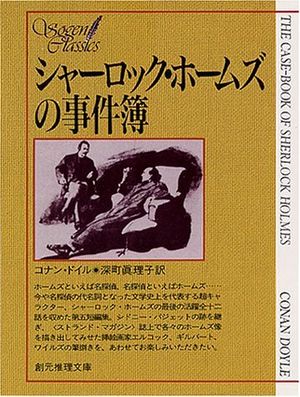 The Strength Of The Character That Is Holmes

Interviewer: Mr. Kitahara has brought an actual copy of Strand Magazine, which featured Sherlock Holmes back in 1891.

Takumi: I have only seen photographs of Strand Magazine in the books translated by Abe Tomoji, and I never could’ve dreamt that one day, I’d get to see the actual thing. And the issue with the last installment of The Hound of the Baskervilles no less! It’s amazing that there are still copies of Strand Magazine around (right side of the photograph). 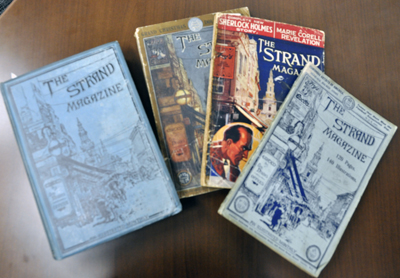 Kitahara: They’ve gone up in price lately, but they’re still around.

Takumi: There was a time when they weren’t that high?!

Kitahara: Years ago, you could walk into an antiquarian in London and pick them up for a few pounds. At least the copies without Holmes.

Takumi: I see. But the printing is really clean. The paper is nice too.

Kitahara: The printing on the monthly releases is really good. Hardcover volumes that collect six months’ worth of issues are reprints, so the illustrations don’t look as well.

Takumi: And each issue has a complete short story, right?

Kitahara: There are some stories like Wisteria Lodge that were split in two parts, but in general, a story is printed in one part. Novels like The Hound of the Baskervilles were serialized. 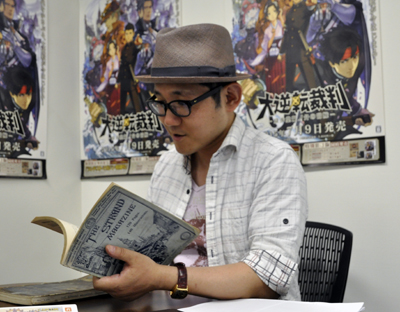 Takumi: So while I was researching Holmes for the game, I learned that only two or three years had passed since Holmes first made his debut in Strand Magazine, and when he fell down the Reichenbach Falls.

Takumi: He did return in The Adventure of The Empty House, but there’s something romantic about the idea that the stories written in such a short time lasted for over a century. But I’m glad he fell down the waterfall. If he had been found dead as body, it’d have been all over.  He wouldn’t have been able to come back to life (laugh). I wonder what Doyle thought about this. I heard that the whole of London was in uproar when Holmes died.

Kitahara: It appears there were even people out on the streets wearing mourning bands. The Sherlock Holmes series is the first series that made a success of the character-focused novel.

Takumi: I had a lot of trouble keeping the immense influence of his character in check for Dai Gyakuten Saiban.

Kitahara: I like the structure of having Naruhodo correcting the mistaken deductions of Holmes.

Takumi: This Holmes blurts out outrageous nonsense, but the things he says are so outrageous, you start to wonder whether he perhaps does know what the truth is. That is what gives him a depth that is hard to read. But now he leaves it all up to poor Ryūnosuke after coming up with his unbelievable deductions….

Kitahara: Fantastic. Holmes actually doesn’t appear often in crossover works, because he might solve the whole case by himself.

Takumi: Everyone is trying different things in portraying Holmes. By the way, what story do you like best of the original canon?

Kitahara: Oh, finally you ask me! Of the novels, I like The Hound of the Baskervilles best, but it’ll be hard choosing one short story…!

Kitahara: Well, in general, I’d say I like all the stories in The Adventures of Sherlock Holmes, and they do often appear in the best-of lists by fans. The Case-Book has some really odd stories, perhaps because Doyle was running out of ideas at the end, but I like that one too. The Case-Book isn’t that well received among Sherlockians, but personally, I like the weird stories in that one. 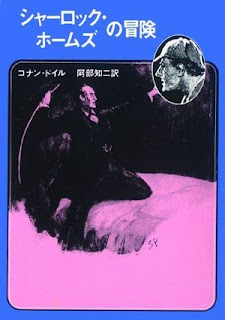 Takumi: I also like The Adventures too, but if I had to choose a story outside of The Adventures, I’d say The Dying Detective. There’s a certain flexibility to Holmes. He can do orthodox mystery stories, but also these weird ones, or sometimes even gothic horror ones.

Kitahara. Yes. The stories were written back when the term orthodox mystery didn’t even exist, so a story like The Hound of the Baskervilles is basically a gothic horror novel until halfway through, and you also have outrageous ones like The Creeping Man where someone uses a medicine to [censored because of spoilers]. There are even surprising pastiches like “Sherlock Holmes versus Jack the Ripper”or  “Sherlock Holmes versus Dracula”, but Sherlock Holmes can make it all come true. That combined with the possibilities offered by the Victorian Period make Holmes someone to admire. That is why Holmes has been loved for so long.

Interviewer: For this interview, we had Mr. Kitahara play Episode 2 of Dai Gyakuten Saiban. Do you have any characters or motifs you’d want to see in the game?

Kitahara: Going for the fan-approach, I’d say I’d love to see the [censored] from The Creeping Man. Sherlockians will all be surprised if you use that (laugh). Sherlockians are quite pleased when they see things like that pop up.

Takumi: As a Holmes fan myself, I understand that wish to see little references like that pop up. Thank you, I’ll keep your suggestion in mind.