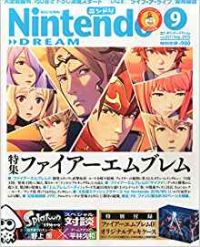 Summary: Takumi Shū, director/scenario writer of Dai Gyakuten Saiban ("The Grand Turnabout Trial") wrote a six-part column in 2015 for the magazine Nintendo Dream titled The Little Adventures of Mr. Takumi. The theme of these columns was "first meetings" and had Takumi write about his first experiences with topics that would have a significant impact on his future life, like his first games or his first meeting with stage magic. In this first column, dating from the September issue, Takumi talks about a certain work of fiction that had a profound influence on his own writing, and surprisingly enough, it's not even a mystery story: Dr. Dolittle.

Would you believe that a rather narcissistic project is about to begin, where in six parts, I'll talk a bit about my own "roots" as a creator (with a bit of reservation)? I hope you'll stick around reading.

Dai Gyakuten Saiban has finally been released on July 9th! I'd be even happier if you happen to have bought the game...but anyway. The "origin" of Dai Gyakuten Saiban lies in Gyakuten Saiban (Ace Attorney GBA), which I made fifteen years ago. We had a very small development team of only seven people, so I had to think of the game mechanics myself, write the scenario myself, direct myself... That working style was a "necessity" back then. But I got used to this way of working, and once again I'm responsible for game design, direction and the scenario (save for select parts). So I have two sides: "a creator of games" and "a writer of stories " and I have the feeling more people see me as "someone who writes". I am grateful for that, but it also gives me a strange feeling. Because Capcom's a company that creates games, and I myself have not studied how to write stories. That is why even now, I don't really think of myself as a "professional writer".

What taught me "what a story should be", are the many "stories" I read since I was young. For this column, I will talk a bit about an "origin point" that had an immense influence on my writing.

Have you heard of the British children's book series Dr. Dolittle, written about 100 years ago? The protagonist Dr. Dolittle is a strange doctor, who has learnt the languages of animals all by himself and he is loved by animals from all over the world. He goes on a boat with his animal friends to have adventures, or organizes circus or opera events with them, and more... There are both novels and short stories, twelve of them in total. I don't remember why I first read them, but to me, they were my very first experience with "a story". Young Takumi, who was in elementary school back then, got hooked on this world and read all of them. It was an unforgettable formative experience.

By the way, the stories are quite old, so the copyright has already expired, so various publishers are releasing new translations now. Personally, I think that the genuine world of Dr. Dolittle is to be found in the Complete Collection published by Iwanami Shoten, with the old-fashioned, but warm translation by Ibuse Masuji  and the characteristic illustrations by the original author. I can be pretty picky about this.


Last November, I was right in the middle of writing the final chapter of Dai Gyakuten Saiban. My stress was also reaching boiling point... I suddenly felt the urge to do something I could never do as a child: buy the complete hardcover collection of Dr. Dolittle all at once. I read the stories again for the first time in decades. Every night, after fighting with complex and strange incidents that occur in the grand courtroom of the Old Bailey, I would open my beautifully binded books and be healed by these children's stories... And it made me realize once again that my origins lie here.

For example, people say of my writing that "I have a unique sense of wording things", "I sometimes sound a bit old-fashioned" and that "my Japanese is easy to read".... This is all the influence of Dr. Dolittle. The stories were already "classics" when I first read them, so there are some out-dated ways of saying things, and there's an everlasting sense of familiarity.  I read them so often, the particular rhythm of these stories were etched into my body. Now I think about it, the way the Pomeranian  Missile speaks in Ghost Trick... "I am the Missile you speak of!"... Perhaps the roots of that are also to be found here...

I also think that deep within Dr. Dolittle lies what would later change my life forever. I mean of course, mystery fiction. I have the feeling that the original author, Hugh Lofting, loved detectives, and I mean specifically Sherlock Holmes. Within the Dr. Dolittle stories, you can find elements that are without any doubt from classic puzzle plot detectives. And it's actually done quite well. Dr. Dolittle can talk with animals, so someone with "special powers". He uses his powers to find the truth in a way completely different from normal detectives. For example, both Holmes and Dr. Dolittle have worked on a case where they have to find a missing famous horse, but they approach the case in completely different manners.

Holmes
The horse disappears → investigation of the crime scene → deduce the identity of the culprit based on clues → horse is found thanks to the testimony of the culprit → case closed.

Dr. Dolittle
The horse disappears → birds from all over the world are asked to look for the horse from the sky → the horse is found → the horse itself is asked about what happened → the culprit is identified → case closed.

... Dr. Dolittle is almost cheating as a detective. He has a mouse steal a small key hidden inside a drawer, or utilizes the exceptional eyes of owls in the dark of the sense of smell of dogs... You could make a game out of these great ideas. Anyway. My formative experience of realizing how fun it was to have a strange incident that's solved was in these stories, and that led to the world of mystery fiction. It appears that this first encounter was more important than I had first thought. Thanks to this experience, I was always reading books when I was young. Who could've thought this would come in handy in the future for my work? You really can't tell what will happen in one's life. 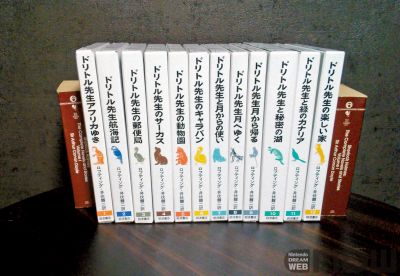 I was planning to talk about all kinds of stories as this column was to be about my encounter with "stories", but it ends with my introduction of Dr. Dolittle. I guess this happens when you want to talk about something in depth. I will end this first, "sneak preview"-like column now. I hope you'll be here next time too. Until then!